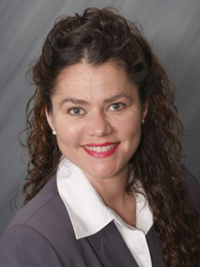 Ada Cordero-Sacks, Esq. is one of Los Angeles’ premier multifamily housing attorneys. Her specialties include:

Ms. Cordero-Sacks earned a master’s degree in Urban Planning from UCLA in 1996 and has worked for the federal Department of Housing and Urban Development, the Housing Authority of the City of Los Angeles, and the Community Development Commission of the County of Los Angeles. She serves on the Board of Directors of the Cabrillo Economic Development Corporation, a nonprofit affordable housing provider.

A happily-married mother of two, Ada is a native Spanish speaker.

Ada is a member of the following professional organizations: